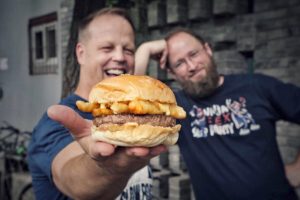 Founded in the summer of 2011 by Chandler Jurinka and Daniel Hebert, Slow Boat began as a small pilot brewery nestled high within the mountains surrounding Beijing. We opened our first taproom on Dongsi Batiao in December 2012, and in September 2016, after four years of claiming citywide awards for our beer and burgers, we opened our 3-floor, 750 square meter flagship brewpub in Beijing’s popular Sanlitun district. Summer of 2019 saw the opening of the Dengshikou Taproom which, located directly on subway line 5, offers not only a rotating selection of 20 beers and ciders but also an extended food menu. This 50+ seats space offers neighborhood-friendly atmosphere. In May of 2020 the Mazidian Brewpub became the latest addition to the Slow Boat family. Boasting 2000L capacity brew kit, fully equipped kitchen and a dining area accommodating 150+ diners, the new Brewpub welcomes large groups, families and friend gatherings to dine in a friendly and communal environment. All of our three locations offer award-winning food including the very popular burgers and rotating beer selection.
We are proud to offer award-winning small-batch brews that push the creative boundaries of Chinese craft beer and we are dedicated to furthering the Chinese craft movement by making beer that China is proud to call its own. 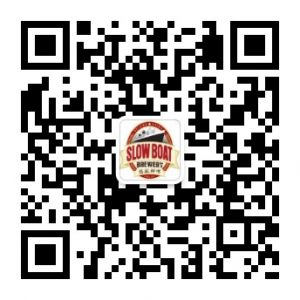